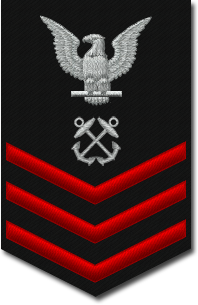 This weeks Throwback Thursday Hero of the week is:

His Bootcamp was completed at NTC Great Lakes in Illinois, from there he went on to Machinist school in San Diego, California and became a United States Navy Sailor.

Petty Officer Hanners first duty station was aboard the USS Albemarle (AV-5), which was a seaplane tender ship, where he manned the ships’ machine shop while operating in the Pacific theater during WWII as well as during the Korean War. During his time aboard the ship, Henry was present for the now famous Atomic test carried out on Bikini Atoll in the Pacific.

Henry also served aboard the USS Leyte (CV-32) Aircraft carrier home based in Newport News, Va. While aboard the USS Leyte, he made trips through the Suez and Panama canal on his way Globe trotting to far off ports in continents like Europe and the Orient.

His last duty station prior to ending his 9 year career was a shipyard repair barge based in Charleson, Sc.

After ending his career of Naval service, Mr. Hanners resided with his wife and two sons in her hometown of Dalton, Ga, to where he continued his Machinist career in states such as Georgia, Alabama and Florida.

Upon his retirement, Mr. Hanners moved to Jupiter, FL with his wife Virginia, to whom he has been married to for 70 years, so they could be closer to their two sons, Dwight and Wayne. Both of his sons continued the Hanners legacy of Naval service to our country with both retiring from the Department of the Navy achieving the ranks of Master Chief (E-9) for Dwight and Chief Petty Officer (E-7) for Wayne.

Henry has recently reached a milestone of 92 years young, with his wife following suit this upcoming June. His son Wayne is a member of Reverence Motorcycle Association and continues to serve as a Chaplain looking after the groups spiritual well being.

It is with great pride, that we Honor Petty Officer Henry Hanners with this Veteran Spotlight, as we thank you for your Service, Dedication and Sacrifice to our grateful Nation