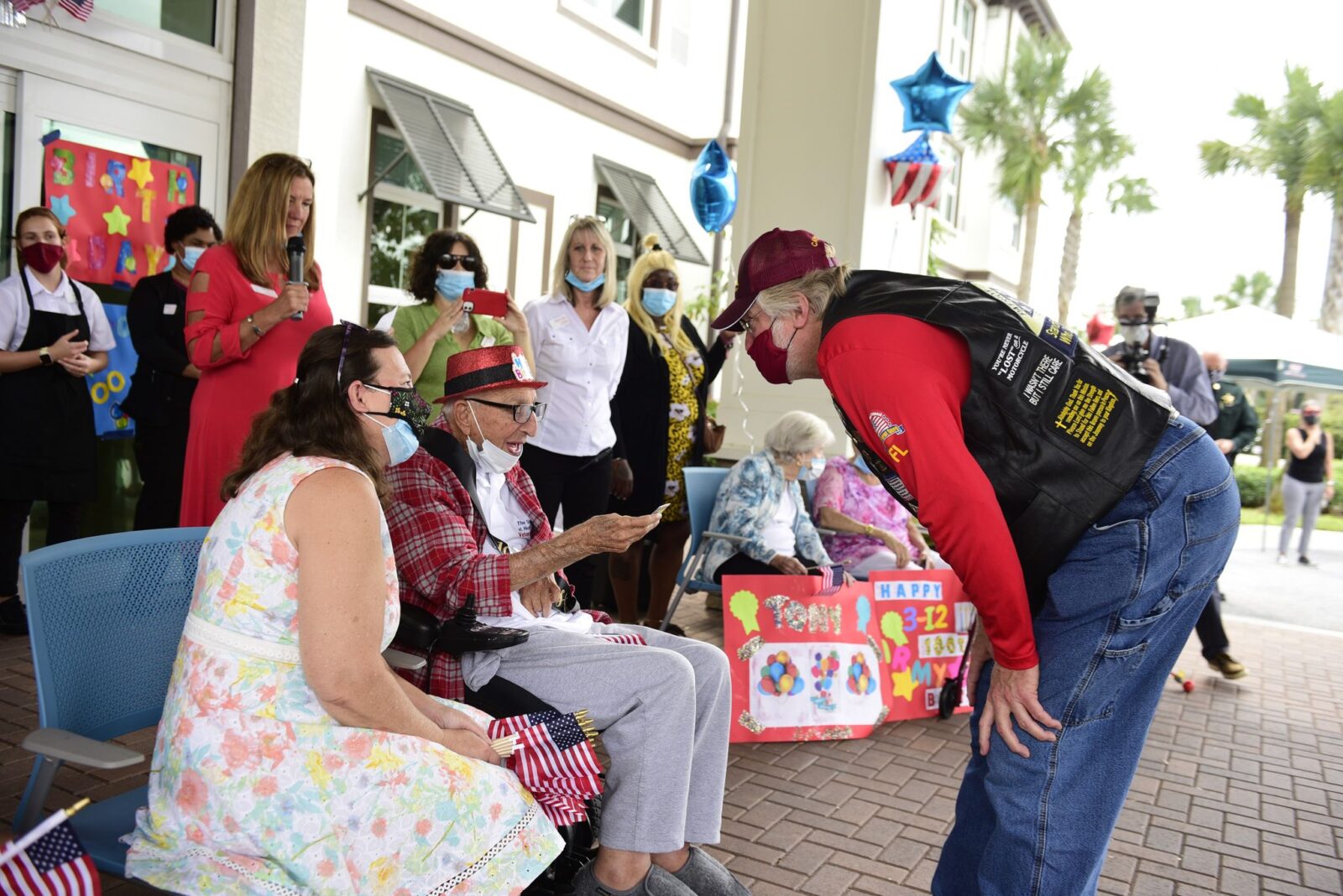 All words and photos by: Sevin Bullwinkle

Many Thanks to: Nam Knights Treasure Coast MC, The PGR, Road to Victory Museum, The Antique Car club, Martin County Sheriff, Rep. Brian Mast, Martin County Fire District and the Sheridan of Hobe Sound, for making this a wonderful event for Tony..

A parade was held in celebration of World War II Veteran Anthony Taormina’s 100th birthday at the Sheridan at Hobe Sound on Friday, March 12.

Tony Taormina is a World War II Veteran who served in the United States Army. Arriving for basic duty training at Camp Upton, NY in 1943, he then spent the next 3 years serving overseas in both the European and Pacific theaters of WWII.

After his Honorable Discharge in 1946, he returned home and began his civilian life by earning a Masters Degree in Biology, then becoming a biologist for the Fishing and Wildlife Commission.

During his career, he was responsible for building 35 wildlife ponds, each on over 20 acres of land in both New York and California. Mr. Taormina was also instrumental in the passing of the environmental defense fund in Washington, DC.

Mr. Taormina has written four books, and contributes editorials to the Stuart News in his “spare” time.

See complete article at the above address